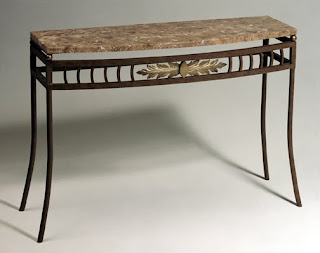 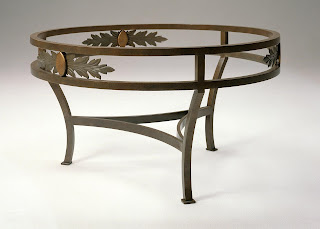 I designed these two pieces way back in the late 1980's. Not long after that, the Film "Little Man Tate" was shot here in Cincinnati and a friend connected me to the films set decorater Samara "Sam" Schaffer. We did a lot of miscellaneous work on the film, altering props, making small art stands etc.
Sam needed a cocktail table and console but the shooting schedule didn't allow us the time to design and make new pieces.
The client who I made these pieces for was kind enough to lend them for the films use. In appreciation her son was allowed to be in one of the scenes filmed on a nearby college campus.
Not long after that Sam called me again to do some work on the film "Curly Sue".
This time we had more time and we took this same cocktail table design and made a dining table for the film. We also made "Sue's" Bed and the frame for a couch which was designed by the films art director.
We were lucky enough to work on a few more films all thanks to "Sam".
Posted by delucometals at 5:42 AM No comments:

A ROOM WITH A VIEW 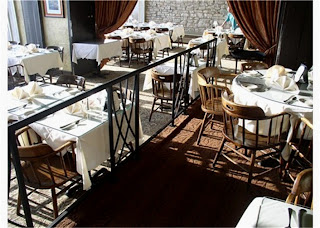 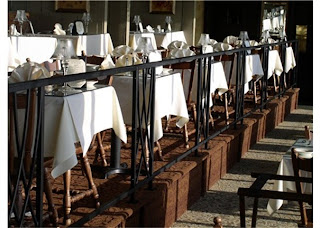 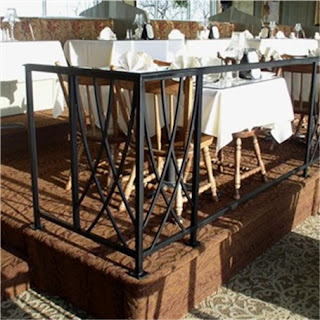 A year or two ago a local resturant here in Cincinnati, Primavista, did some updating in their dinning room. They serve outstanding Italian food, with a spectacular view of the city.
They asked us to replace an exsiting brass railing with a design that was interesting but unobstructive. The railing is simple yet elegant and worked out perfect for our client.
Posted by delucometals at 1:12 PM No comments: 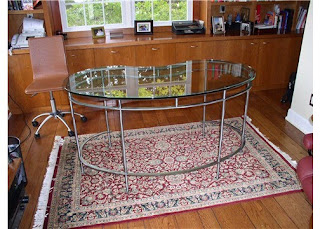 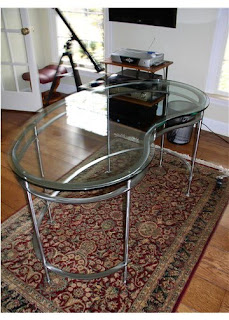 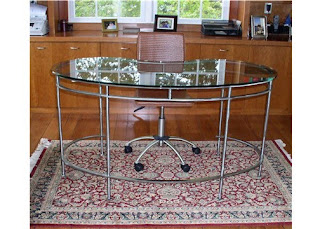 Posted by delucometals at 11:52 AM No comments:

delucometals
De Luco Architectual Metals started as a modest welding shop in the early 1950's. It grew into a family business focusing on railings, gates and fencing. In the early 1980's we experienced many changes. We updated our name and branched out into custom furnishings. Our attention to design and craftsmanship has been our hallmark. Working with interior designers, architects and individuals our reputation spread and as we headed into the 1990's we enjoyed a flurry of press coverage and achievements that established us as a leader in our field. Our work has been featured in many local publications as well as Interior Design Magazine's Hall of Fame issue 1989. We have also been included in a show of Mid Western Furniture makers at Cincinnati's Contemporary Art Center. We hope you enjoy our Blog in which we will feature some of our finished work as well as works in progress. Thanks for Stopping By Joseph De Luco